We have implemented a quick scaling mechanism for forms. For the most part, it is intended for end users, but developers can use it as well, should it be necessary.

We believe that this mechanism will be convenient and useful in cases when you need to quickly and easily, or briefly and temporarily, increase or decrease the scale of the items displayed in a form.

You probably know that you can make the font larger by changing the screen resolution. Some time ago, we modified the platform mechanisms so that applications were clearly and correctly displayed with different screen resolutions (DPI). But changing the DPI is a relatively complex and "fundamental" operation. Firstly, not all users have sufficient knowledge of how to perform it. Secondly, it affects all applications installed on the computer. If you need to zoom in or out of something "here and now", or if you do not have sufficient qualifications, you won’t be changing the DPI.

For such situations, the quick scaling mechanism for forms will be very handy. If you do not have very good eyesight, you can make everything "larger". Alternatively, if your eyesight is rather good, and a table is too wide to fit in the form, you can make it "smaller".

To change the scale of the managed forms and documents in client applications, you can use either the main menu or the command from the system command area: 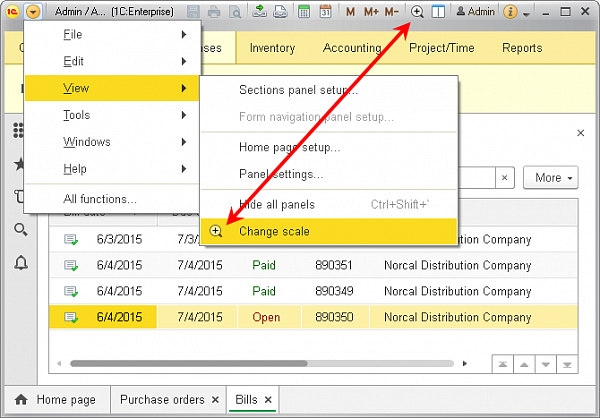 The Scale dialog box opens in the upper-right corner, but you can move it to any convenient location on your screen: 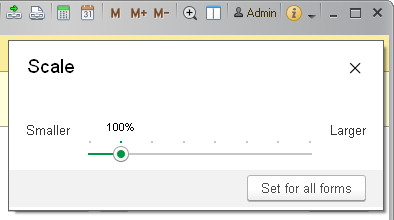 You can change the scale of forms in the range from 50% to 400%. By doing that, you are not just making the size of font and items larger or smaller - the entire form is adapted to the new sizes of items. 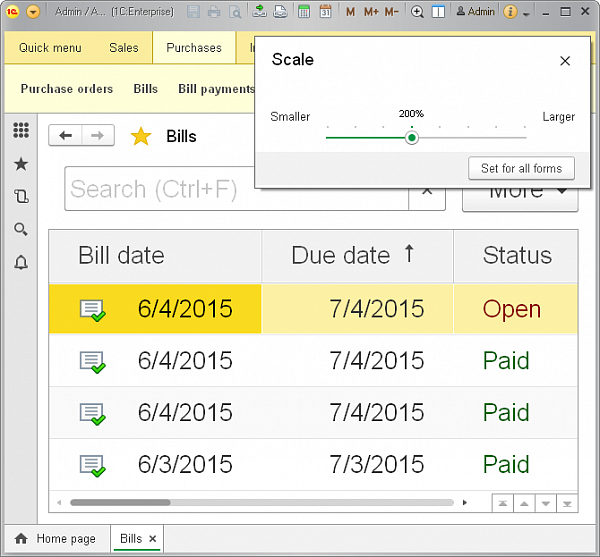 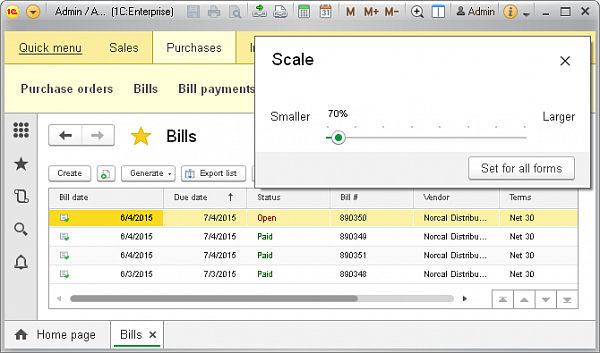 The scaling is executed on the client and does not require the server to be called.

Move the slider, and you will change the scale of one form. If you wish to apply the scale to all forms, use the Apply to all button. The same button will help you go back to 100% scale for all forms at any time.

Despite the fact that we accounted for a wide scale range possibility, we believe that more than likely, this feature will not be used to such an extent. According to our estimates, users who wish to use this feature will zoom out of the forms a little bit, down to 90-95%, and will zoom in on some of forms slightly - up to 105-110%.

In Designer, you can also select the scale for a form to be displayed to a user. To this end, we have introduced the Scale property for forms. We recommend that you use this property in cases where you used ClientApplicationFormScaleVariant: Compact in the past. We assume that in compact mode, the scale of the form is about 80%.

When editing a form in Designer, you can view how it will look with a different scale. In the form editor, you can select scale from several fixed values. 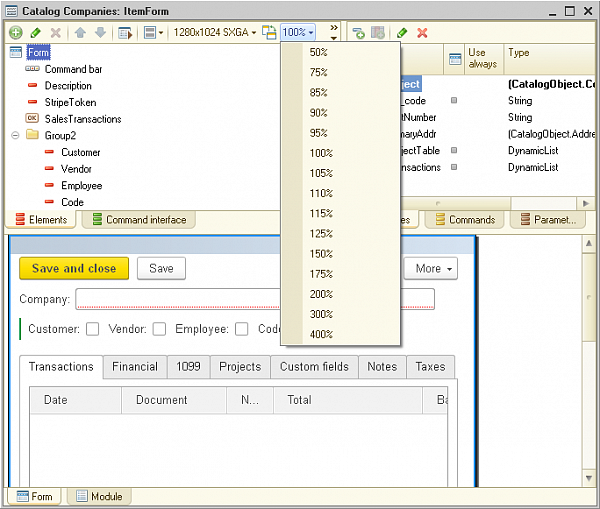 As a result, the form that appears in the preview area will be zoomed in, for example, to 150%. 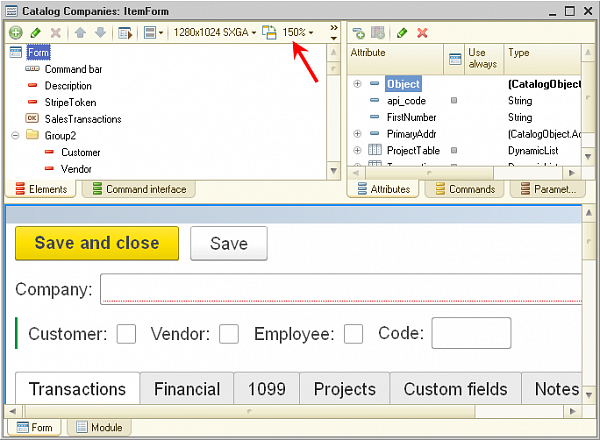 In order for zoomed in forms to look good, you need to have multiple versions of the same picture intended for different resolutions. Therefore, we have developed the existing mechanism for picture variants on the mobile platform to be also compatible with personal computers.

Now it is not just one picture that is displayed, but a set of variants for this picture presented as an archive. This archive contains variants for different resolutions and different interface options. The platform selects the variant that is suitable for the current DPI and scale of the form, and displays this variant. 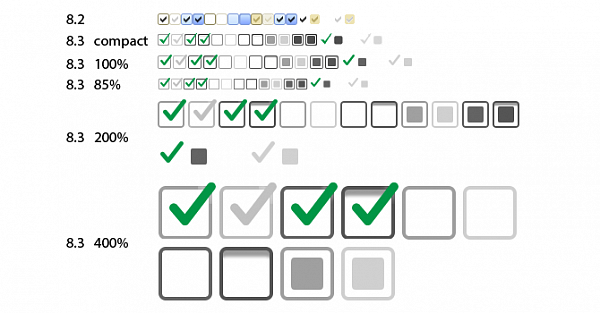 Pictures stored in the configuration can also be presented as a set. Now, not only can you set the screen density (scale) for a picture, but also the interface option, for which the picture will be used. 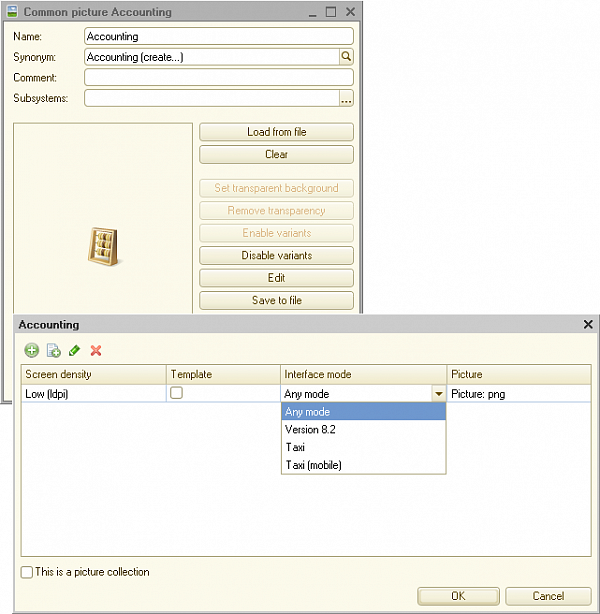